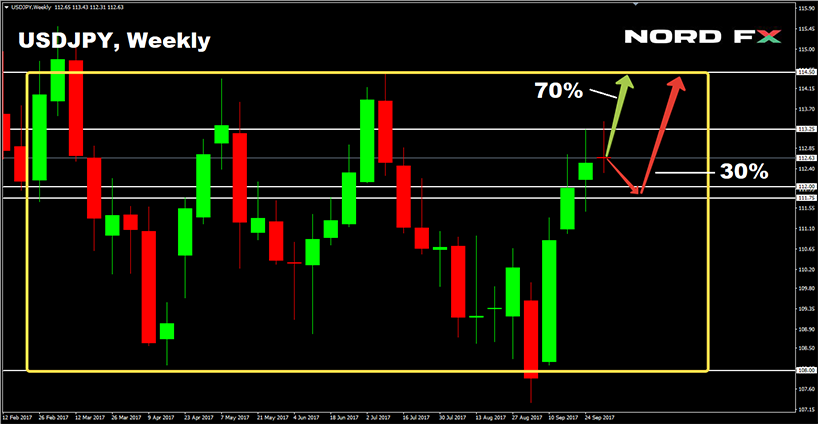 In conclusion, a couple of words about the main events that can influence the trend directions and the volatility of the pairs under consideration. In the coming week, it is worth paying attention to the publication of the US Federal Reserve Protocol on open markets on Wednesday 11 October. Importance should also be given to the publication of data on the US consumer market on Friday, 13 October. As for the Eurozone, the speech of ECB President Mario Draghi on Thursday, 11 October, is of interest.