Many traders often wonder how Forex transactions differ from CFDs (Contract for Difference). There are some differences. But in our opinion, there is much more in common between them.

Online trading in both Forex and CFD instruments is almost the same, on the same trading platform (MT4), using the same technical analysis tools, without actually transferring ownership of the traded asset from the broker to the trader and vice versa.
That is, in both cases, no matter what asset the trader buys or sells, currency, gold, stocks or oil, the presence of this commodity itself is not required and, accordingly, there is no actual transfer of it from one owner to another. Therefore, such online trading is often called non-deliverable. And even if a trader has purchased 1 million barrels of oil, they are not worried about any problems with customs costs, transportation, storage and further sale of this oil. None of this is there. And there is only the difference in the market price of oil between the moment of the transaction with the broker and the moment of its closing. 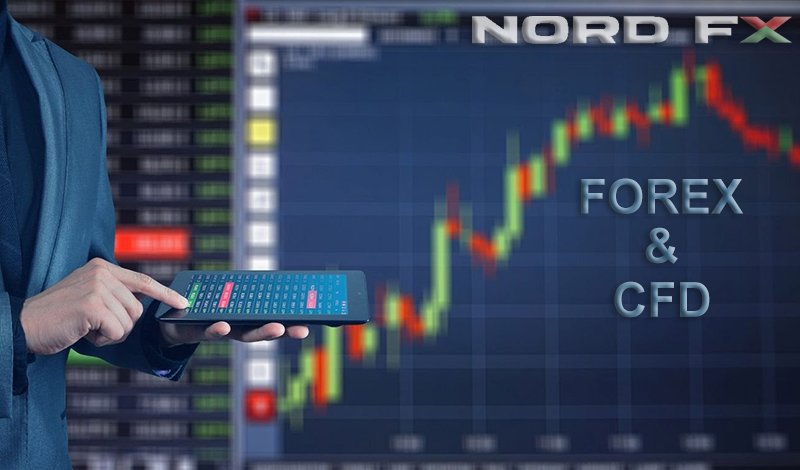 It is this difference that brings the trader either profit or loss. Everything is very simple here. A trader entered into a buy deal, the asset went up, and the trader profited. And if they made a deal to sell, they would lose their money. And vice versa: a trader made a sell deal, the asset fell in price, the trader made money. The asset rose in price ¬ - the trader suffered losses.
By the way, another huge plus for traders with such a non-deliverable method of trading is the ability to earn not only on the growth, but also on the fall in the value of an asset. After all, you can sell an entire stake in Company X, or the same million barrels of oil, without having either one or the other. And if their price collapses to zero, you'll make a huge profit.
That is, in other words, non-deliverable transactions with financial instruments (assets) is a contract, or, if you prefer, a legally formalized bet, between a trader and brokers, in which:
- the trader fixes the direction of movement of the asset value (buy or sell),
- and if this direction is determined correctly, the broker pays the trader the difference between the asset price at the time of opening the transaction and at the time of its closing,
- if the trader made a mistake with the direction, then it is the trader who incurs losses and pays the broker the corresponding difference in price.

At the same time, the spread and broker's commissions are taken into account in mutual settlements, as well as the value of a given leverage, on which the volume of the transaction depends and, accordingly, the profit or loss that one or another party will incur.

Many tutorials and articles state that the main difference lies in the financial instruments that are used to trade Forex and CFDs.
It is generally accepted that transactions with currency pairs belong to Forex. But trading in stocks and stock indices traditionally falls into the CFD group.
Oil deals are also usually referred to as CFDs, as for precious metals, gold and silver, for some reason they can be found more often in the Forex section of different brokers. Cryptocurrencies have not found their final "home" either. But it is possible that with the advent of digital dollars or yuan, they will finally gain a foothold in the Forex section.

As for the size of the leverage and margin, the difference here, rather, arises from the type of trading asset, and not because of which group, Forex or CFD, it belongs to. For example, when trading currency pairs, the leverage can reach 1:1000, for exchange indices it does not exceed 1:10, and for shares 1:5. But it should be borne in mind that, depending on the market situation, trading conditions may change, so you need to carefully study the contract specifications and the current information on the broker's website.

Also, the attempt to divide the discussed sectors by trading time is also insignificant, since this factor depends more on the type of trading asset as well. For example, in the foreign exchange market, trading is conducted 24 hours a day, 5 days a week. But you can make transactions with precious metals or oil according to the same schedule. And you can trade cryptocurrencies around the clock, 365 days a year, without days off and holidays.

You can try to find the differences among the factors that affect the quotes of a particular asset. The authors of some textbooks write that, for example, the price of CFDs depends largely on supply and demand for traded assets, and the value of currencies on Forex is more based on such fundamental factors such as macroeconomic indicators and political conditions. However, in our opinion, such a gradation is far-fetched, since the political situation in the world affects both the foreign exchange and the stock and commodity markets. And a change in the economic situation, for example, in the United States entails either an increase or a decrease in the risk appetite of investors and the flow of capital from government bonds to stocks or from fiat to gold and bitcoin.

There is a game in which a child is shown two almost identical drawings and asked to find 10 differences. In our case, it is quite difficult to find them. Therefore, the conclusion is evident: Forex is just one of the varieties of CFDs. Yes, Forex has certain specific features. But it has much more in common with other CFD sectors than different. And that's why the brokerage company NordFX made the smart decision to combine all types of trading instruments - currencies and cryptocurrencies, precious metals and oil, stocks and stock indices. And now, having opened just one trading account, a trader is able to simultaneously make transactions with all these assets, using a variety of trading strategies, hedging risks and thereby increasing the possibility of making a profit.