How to Make Money on Shares: Strategies of Trading in Stock Markets


There are thousands of strategies for trading in financial markets. Some are versatile, others only work well with certain types of financial instruments. For example, Forex currency pairs are more suitable for scalping and intraday trading, as for stocks, many traders prefer to build their strategies focusing on long-term trends.

Shares of world-famous brands appeared in the line of NordFX trading instruments in December 2019. Initially, CFD trading with this type of asset was transferred to a special trading account Stocks, and a year later it became available on all types of accounts. The broker's clients were able to deal with shares of nearly 70 of the world's largest companies, including Apple, Ferrari, IBM, Visa, Google, JP Morgan Chase, Coca-Cola, Mastercard, McDonalds, Microsoft, Twitter, UBER, eBay, Alibaba, Netflix, Deutsche Bank, as well as with such ready-made "portfolios" as stock indices­: Dow Jones, Standard & Poor's 500, DAX 30, Nikkei 225, etc.

The strategies used when trading these instruments can be divided into three main groups:

● Those based on technical analysis,

● strategies based on economic and fundamental analysis,

We will give a brief overview of all these groups in this article and focus on those models that are most suitable for beginners. 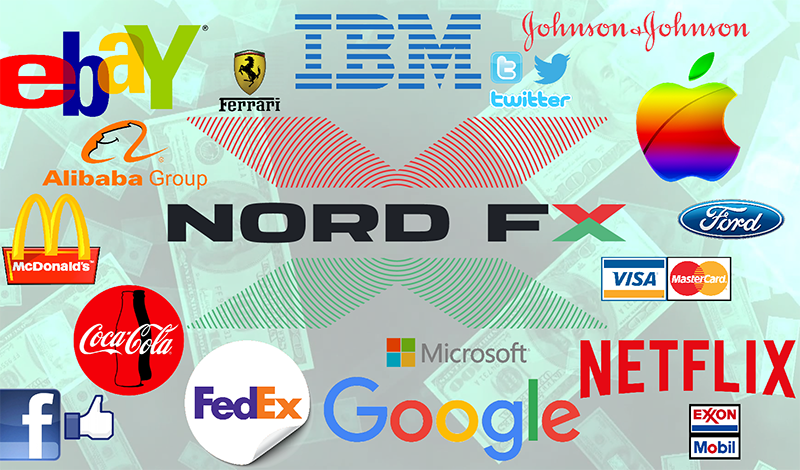 Strategies Based on Technical Analysis

Dozens of various technical indicators and charting tools have already been integrated into the MetaTrader-4 trading platform (MT4) offered to NordFX clients. they allow you to analyze the current market situation, make forecasts for the future and create effective trading strategies on this basis.

Another strategy can be based on the use of divergence and convergence, that is, discrepancies between the real price movement and the readings of oscillator indicators. Also, candlestick and wave patterns, graphical analysis, strategies for the breakout of support and resistance levels, as well as all kinds of their combinations are often used in trading.

As for the stock market, drawdown buybacks are often used here as well. As mentioned at the beginning of the article, the shares of many companies are prone to long-term trends. Such securities can grow over weeks, months, years, and even decades. But, due to various economic factors, as well as to the struggle between "bulls" and "bears", its value may fall from time to time by several percent: 5%, 10% or more. This is what is called drawdown, after which the uptrend resumes with renewed vigor. Typically, such a fall occurs to the lower border of the upward price channel or to the support level. It is at this moment that it makes sense to open a new long position (buy) or increase the volume of an existing one.

And since we are talking about CFD trading in securities, this expands the trader's capabilities greatly: here you can earn not only on the growth of their value, but also on their fall. Only in this case, everything happens the other way around: when the resistance level is reached, short positions (sell) are opened.

By the way, this strategy works well when trading cryptocurrencies since they are also prone to long-term trends. And the drawdowns of bitcoin are often used by large institutional investors, "whales", to buy this cryptocurrency from small speculators prone to panic even with a slight drop in quotations.

Strategies Based on Economic and Fundamental Analysis

These strategies can be used independently or in combination with any technical analysis tools. Many of these models are based on a thorough, comprehensive analysis of the economic performance of a particular company, its assets, revenues, receivables and payables, supply and demand, competitiveness, and many other factors. These are the strategies of Benjamin Graham, William O'Neill, Joseph Piotrowski, etc. Each of them requires the ability to understand balance sheets, analyze financial statements of companies and assess the prospects. It is clear that this is their main disadvantage for an ordinary trader, especially a beginner. Therefore, other, simpler models have appeared on the market.

For example, a Straight and Reverse Spiral strategy. When using it, a trader selects companies whose shares were in the greatest demand 5-7 years ago but sank for whatever reason. If a given company continues to show a steady growth, albeit slow, there is a possibility that it will make a leap forward and regain lost ground.

In the case of a “reverse spiral”, it is necessary, on the contrary, to pay attention to companies with cheap shares, but working in promising areas. This investment model is in many ways similar to the Greenblatt model.

It is clear from the name that this group of models is focused on stocks with the highest possible dividends. Here you should pay attention to the fact that:

● if in CFD trading a long position is held on the date of dividend payment, the corresponding amount of dividends is credited to the trader's account,

● the short position, on the opposite, pays the dividend amount.

It is also worth considering that the share price usually rises on the eve of the payment of dividends, and then falls.

Dividend strategies include such models as the Higgins Big Five and the Dogs of the Dow. However, since we have promised to focus on the simplest methods of trading, we will focus on the Four Fools strategy. Some call it a silly gamble, but it has enough supporters as well claiming that the strategy can bring a decent income.

“Blue chips” is a professional slang term for the shares of the largest, most liquid global companies with stable profitability and the best growth prospects. These are the very reliable assets in which conservative investors invest their money, seeking to increase their capital in a systematic manner and with minimal risks.

These are the shares that NordFX offers to its clients for long-term passive investment. Although, of course, no one prevents short-term and medium-term CFD operations with them, earning both on the growth and the fall of these assets.