Trading in a Kimono or What Nikkei 225 Is


CFD trading in the stock market offers excellent opportunities for making money online. Moreover, unlike investors, a trader can make a profit not only on the rise in the value of shares, but also on their fall. However, successful stock trading requires a serious study of the current state and prospects of each specific company: economic reports and technological indicators, competition and sales markets, and many other factors. But there is one more group of CFD-instruments where a trader does not need to plunge in financial statements or conduct a large-scale audit of each individual enterprise. This group is stock indices.

Indices in the Arsenal of NordFX Traders

In simple terms, a stock index is a composite indicator of the change in the value of a group of securities selected on some basis and/or traded on a stock exchange. Therefore, the main challenge for a trader is in this case to catch the general trend of the movement of the economy of a particular country or industry and open a trading position in this direction.

Brokerage company NordFX offers a range of stock indices as instruments. For example, the S&P500 (US500.c) is an index that includes the shares of the 500 largest US companies traded on the stock exchanges of that country.  Or another very famous index, Dow Jones 30 (DJ30.c), which includes 30 blue chips: corporations from various sectors of the US economy, whose capitalization at times exceeds $1 trillion.

The S&P500 and Dow Jones are best known and popular. But there are other exchange-traded instruments in the NordFX terminal that allow traders to extract no less and at times even larger profits. The Nikkei 225 index, for example. 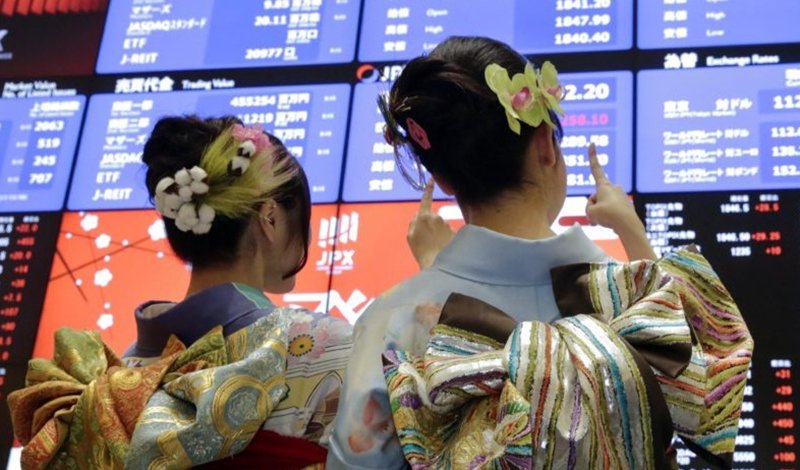 The Nikkei 225 (JP225) is one of Japan's most important (if not the most important) stock indices. It is calculated as a simple arithmetic average share price of the 225 most popular and actively traded largest companies of the First Section of the Tokyo Stock Exchange. That is, to get the value of this index, the current stock prices of these companies are added up and divided by 225. So, if JP225 is 28,500, it means that if you wanted to buy one share of each of these companies, you would need a total capital of ¥6,412,500 (¥225 × 28,500).

The main disadvantage of this calculation method is that a stock with a price of ¥10,000 will have 5 times more weight than a stock with a price of, say, ¥2,000, which gives smaller companies more value without any reason. For example, the highest weight (6.95% in February 2017) was held by Fast Retailing Co. Ltd., which was virtually unknown outside of Japan.

Now let's explain what the First Section is. All the companies listed on the Tokyo Stock Exchange, and there are more than 3500 of them, are divided into three groups. The First Section is the companies with the highest capital, which are about 65%. The Second is for the average companies. Finally, the Third Section is the smallest and is reserved for companies with the fastest growth in the market. Naturally, depending on the state of affairs of a particular company, it can move from one section to another.

Listing on the Tokyo Stock Exchange is as transparent as possible, with very stringent demands that increase repeatedly for those who want to get into the cherished and prestigious Nikkei 225. They are literally studied under a microscope. Note that this index includes stocks from 35 different sectors of the economy, which gives traders and investors an idea of the global trend in the country's economy. The list of companies accounted for by the Nikkei 225 is revised normally in October, at least once a year. The value of this index changes every 15 seconds during trading on the exchange.

The Nikkei 225 features such industrial "monsters" and world-famous brands as Hitachi, Mitsubishi, Sony, Honda, Fujitsu, Toshiba, Bridgestone, Casio, Nomura, Citizen, Nissan, Panasonic, Toyota, Nikon, Kodak, Canon and many others, whose total capital exceeds the tremendous figure of $5 trillion. And this is not surprising, since Japan's economy today is steadily third in the world, just behind the USA and China, and the Tokyo Stock Exchange ranks third in terms of capitalization of traded assets after the U.S. New York Stock Exchange (NYSE) and NASDAQ.

A Bit of History

And now it will probably be right to say a few words about the history of this institution, which plays such a significant role in the global economy, and the origin of the Nikkei 225 index itself.

The Tokyo Stock Exchange was founded in the 19th century, becoming the very first financial institution in Japan. A curious fact in the headline of this article is that in 1878, when trading on the Japanese exchange was just open, traders visiting the exchange were required to wear national clothing, kimono.

As for the Nikkei 225 (JP225), this index was first published on September 7, 1950, under the name TSE Adjusted Stock Price Average. Since 1970, the rights to the index have been owned by the Japanese newspaper Nihon Keizai Shimbun. The Nikkei name is derived from its name - an abbreviation for the phrase "Nihon Keizai". Nihon is translated as Japan and Keizai means finance, economics.

Interestingly, this is not the only time that critical economic indicators are created or controlled by the media. Suffice it to recall the Dow Jones Industrial Average, which, like several others, was created by a founding member of the Dow Jones & Company and the editor of the Wall Street Journal, Charles Dow. But we will detail this, one of the most popular and recognizable global stock indices, in a separate article.