Synthetic Currency, Cryptocurrency and Other Pairs: What Are They, How to Create and Use Them


The set of trading tools that NordFX offers to its clients is a whole arsenal that allows a trader to apply the most effective strategies and win on the fields of "bloody" financial battles, attacking at lightning speed or waging a long positional struggle. 33 currency and 11 cryptocurrency pairs, shares of almost 70 leading companies, 6 major stock indices, precious metals and oil: this volume of "arms" is more than enough for the vast majority of traders to mount an active offensive on all fronts. However, a trader may suddenly feel a lack of "ammunition" at some point, and then synthetic currency and cryptocurrency pairs will come to their aid.

According to statistics, the major market share (more than 80%) belongs to currency pairs quoted with the US dollar. At the same time, the main trading volumes fall on the so-called major pairs, consisting of USD on the one hand, and on the other, of the main and most liquid currencies, which include EUR, JPY, GBP and CHF. NZD, AUD and CAD are also often ranked among them, although their liquidity is significantly lower. The main and most popular pair on the Forex market is EUR/USD, followed by USD/JPY, with GBP/USD in third place.

The pair USD/CNH (the dollar against the yuan, the national currency of China), stands somewhat apart. It is not yet customary to refer to it as major. But due to the sharp growth of the Chinese economy and the volume of trade with the country, it is likely that the yuan should be considered one of the leaders.

In addition to major couples, minor pairs are quite numerous and popular. It includes all sorts of combinations of the major currencies listed above, but without the USD. Traders also use such names as cross rates or cross pairs are for minors. It is clear that there are much more of them than majors. To name just a few of them. These are, for example, EUR/GBP, EUR/CAD, AUD/JPY, CAD/CHF and GBP/NZD.

Next, the majors and minors are followed by the so-called exotics, which are not the most popular pairs among traders, consisting of the American dollar and one of the currencies such as the Norwegian and Swedish kronor (USD/NOK and USD/SEK), Singapore dollar (USD/SGD) or South African rand (USD/ZAR).

And finally, the Forex pairs rating is closed by the so-called synthetic pairs. It is quite difficult to list them, since they are not just exotic, but super-exotic. When compared to tourism, you can consider exotic travel to Antarctica, for example. And what category is the “cruise” to Mars, for example?

The classic definition of this instrument is as follows: “A synthetic currency pair is a pair independently created by the trader by opening two divergent positions on other pairs.” That is, the need to create it is born solely in the mind of each trader, and no broker can foresee it. 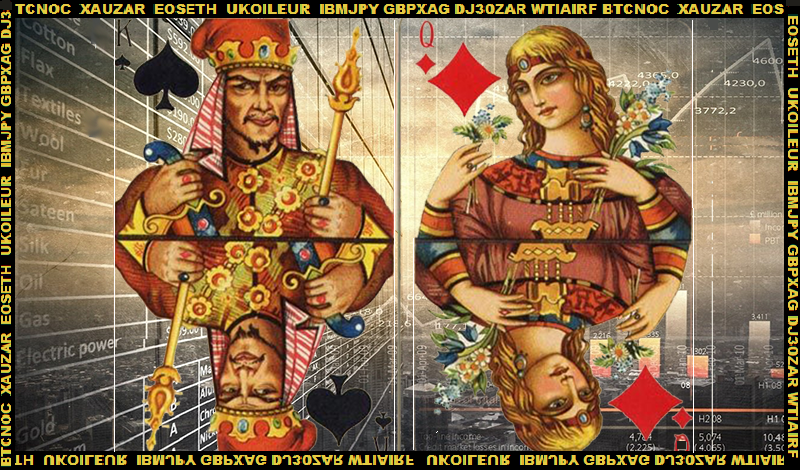 How to Create a Classic Synthetic Currency Pair

Basically, it's simple, and the pair created by the trader is almost the same as the currency pairs offered by the broker. It's just that when trading synthetic pairs, not one, but two transactions are opened at once. For example, you do want to open a long position on the EUR/NOK (euro to Norwegian kroner) pair, but the broker does not have it in the trading line. How do you do it then?

You take two pairs: major EUR/USD and exotic USD/NOK. By opening a buy order on the first pair, we buy EUR for USD. In the second pair we also open a buy order, but here we already buy USD and sell NOK. Thus, having opened long positions on these two pairs with the same volume, we excluded the participation of the dollar, since we sold it in one transaction and bought it in the other. That is, we now have the purchase of euros for Norwegian kroner.

As you can see, there is nothing complicated. This raises the question though: Why do you need it? But it's up to you to decide. It is only necessary to take into account the spread sizes for both pairs. And it is possible that they will greatly complicate the effectiveness of intraday trading, pipsing or scalping. But using them in medium and long-term strategies can be interesting. However, we should not forget about such an operation as a swap: the accrual or withdrawal of a certain amount by the broker for the transfer of an open position to the next day. And if the swap ends up being positive, in your favor, it will be an additional source of profit for you. A negative one can take a solid chunk off your deposit.

We have omitted the word "currency" here on purpose. Because such a synthetic pair can include not only currencies, but also other financial instruments such as oil, precious metals, stock indices, or cryptocurrencies.

The brokerage company NordFX has many advantages and benefits. And one of them is the ability to trade a wide variety of assets from the same account and from the same terminal. In this case, predicting, for example, a drop in market risk appetite, you can pair up by buying a safe haven currency like the Japanese yen by selling the S&P 500 stock index.

Or another example is cryptocurrency cross-pairs. Many analysts say at the moment that ethereum will overtake bitcoin at some point. So why not make up a synthetic ETH/BTC pair then?

Here is another interesting pair, given the Chinese government's sanctions against the crypto market: BTC/CNH. Who will win here? And what about gold versus Amazon stock? Or oil versus General Electric? All in all, there are a lot of options. We have calculated that their number is close to 10,000 at NordFX. But only you can decide which one to use (and whether to use them at all), as already mentioned.