There are a lot of ways and strategies for trading in the financial markets. They can differ both in the degree of risk and in what kind of analysis a trader uses, fundamental or technical, what factors they take into account, what indicators and advisors are used. Of course, there are differences in which markets (commodity, currency, stock or crypto) and with which assets the trader works with. And finally (or, perhaps, firstly) strategies are divided according to the length of time of each specific transaction. And it can last from a few milliseconds to several years.

This trading method has become possible with the advent of automated Expert Advisors and high-speed Internet. A person, even with a super-reaction, has nothing to do in this segment, since it takes less than a second between opening and closing an order. It is only robots, that is, computer programs, that can catch the slightest price fluctuations. And here a lot depends on the quality of the algorithm embedded in them and the skills of the coder.

It should also be borne in mind that not all brokers welcome this trading method. And if you do manage to find such a broker, don't forget about spreads and commissions. Thousands or tens of thousands of trades a day are more likely to make rich the broker than you. 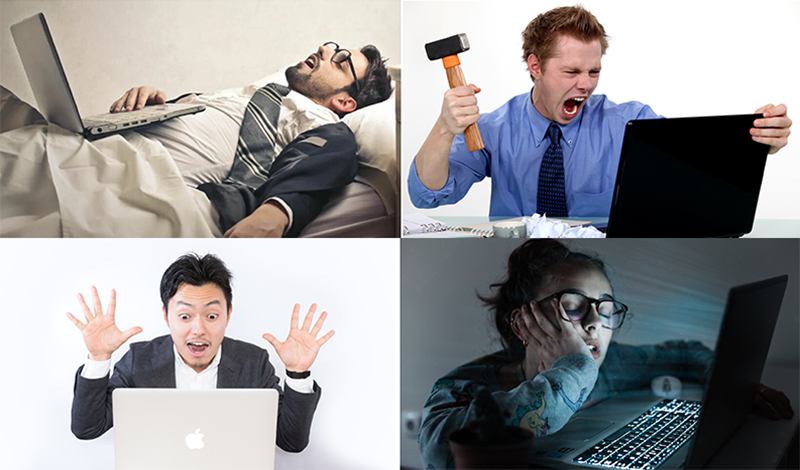 First, what is intraday trading. These are short-term strategies when all positions are opened and closed within one day. It is clear that both manual trading or automatic trading using robot advisors can be conducted here.

Pipsiping is the shortest option for intraday trading. Of course, this is not high-frequency trading, but the principle is the same: to grab at least a few pips (points) of profit on short-term fluctuations in quotes. A pipsing trader can make more than 50 trades per day, lasting from a few seconds to several minutes. And the work is carried out on minute and even on tick charts.

If we talk about manual trading, the load on the trader is quite large here: all day at the monitor, plus the nervous tension and excitement of each new trade - when to open, in which direction, guessed or no. Yes, here in fact, divination and luck play no less, but rather a greater role than technical and fundamental analysis. Do not forget about spreads and commissions in this case as well, and choose instruments with increased volatility, so as to extract the highest profit from the price impulse.

In addition, since we are talking about winning just a few pips on each trade, a trader has to use a large leverage in order to make a significant profit. And this greatly increases the risk of losing your deposit. According to statistics, there are very, very few successful traders using pipsing.

If someone does not know, the scalp is a part of the skin with hair that was cut off from the enemy's head in ancient times as a trophy. Therefore, the term "scalping" implies the removal of a thin layer of profit from price fluctuations.

This is a calmer, but still quite stressful and intense way of trading, with an average of 10-30 completed trades within a day. The trader has more time to analyze the market situation at this rate (including news expectations and forecasts, trend analysis, determination of support/resistance levels, etc.). Except for this difference, everything else is similar to pips.

Well, in order not to highlight it in a separate section, let's speak about day trading here, when about 5-10 transactions are made during one day. It is probably understandable without any special comments how this method differs from the two previous ones. Let us note only three points.

First, when analyzing the market situation, charts with higher time frames are usually used here: M5, M15, M30. Secondly, the trader can use less volatile instruments with lower spreads and commissions. And thirdly, they already have time to analyze the situation and hedge risks using assets associated with the main traded instrument by direct or inverse correlation.

Such traders are often referred to as short-term investors if they go long. And if positions are short, they can probably be called anti-investors. Although there is another common name: bulls and bears.

It should be noted right away that there are discrepancies in the definition of the “average” period. It was believed not so long ago that this is a time interval from several months to several years. However, the speed and technological capabilities of the 21st century have led to the fact that the concept of “medium-term strategy” now implies holding an open position in the period from a few days to a few weeks, less often months.

An obvious plus of such a strategy is that the trader does not need to constantly monitor current prices, and there is an opportunity for deep fundamental and technical analysis, which is especially useful for inexperienced beginners and gamblers who tend to succumb to emotions.

One can make a profit of hundreds and even thousands of points following the medium-term trend. At the same time, the trader has the opportunity to “top up” their position in case of short-term adjustments and temporary price rollbacks, without using a large leverage.

Unambiguously, the costs of spreads and commissions paid to the broker in this case will be many times lower than in the above cases. However, another expense item arises here: swap, an accrual or withdrawal operation for carrying over an open position for the next day. It may be not so noticeable when postponed for one day. But if the trader does not close the order for several weeks or even months, a rather large amount can accumulate. Therefore, when engaging in medium-term (and even more so long-term) trading, it is necessary to choose instruments with a low negative or (even better) positive swap.

Many financial market gurus believe that short-term strategies are fun for beginners. Professionals are engaged in long-term investments. (Suffice it to recall a legend like Warren Buffett, who could wait for the shares he bought in undervalued and promising companies to grow for years.)

This type of trading can most likely be attributed to investing. Here, the trader's priority is not to profit from speculation on the exchange rate difference, but to increase the value of the asset they acquired, as well as to receive dividends on shares and other securities. (Although, if you remember another legend, George Soros, one can become a billionaire in the bear market as well).

It would seem that the advantage of long-term trading is that there are no rales here and the situation is developing quite slowly. But it is not so. A lot of unanticipated and unpredictable situations can occur over a long period of time, including, for example, a sharp change in the political situation, natural disasters or pandemics. And a lot more can happen in the world over the months and years of owning an asset.

And of course, in long-term trading, a fairly large capital is needed, as well as no less impressive stock of patience, and one should not think that it is possible to solve all financial problems in one fell swoop.

We have listed the options for trading in the financial markets, concluded in different time frames. Each of them has its advantages and disadvantages. It can bring you cosmic profits, or it may deprive you of the last means of existence. That is why, before choosing one (or several) of them, we strongly advise you to acquire a sufficient amount of professional knowledge and skills and allocate in advance the amount with which you are ready to part in case of failure. Although, of course, we only wish you success.