How to Choose a Currency Pair for Forex Trading


This article is intended primarily for beginners, but it may also be interesting and useful for those who already have some experience in trading in financial markets. We will consider one of the most important factors on which both the choice of strategy and the profitability of trading transactions depend. We will talk about currency pairs.

What Is a Currency Pair and How to Trade It

Forex trading involves a closed cycle. That is, by opening an order for the AAA/BBB pair, you acquire the AAA currency by paying for it in another currency, BBB. Then, you must close the order in order to take profit or loss on this trade, that is, carry out the opposite operation: sell AAA and receive BBB.

Let's take the EUR/USD pair, for example. When you open your trading terminal, you see that the current quote is 1.1500. This means that if you open a buy trade, you buy EUR for USD 1.1500 per EUR 1. And if you close the order after some time, when the quote rises, say, to 1.1600, you will carry out the reverse operation, that is, you will sell euros in exchange for dollars. And you will make a corresponding profit, because you will get not 1.1500, but 1.1600 USD for 1 EUR. 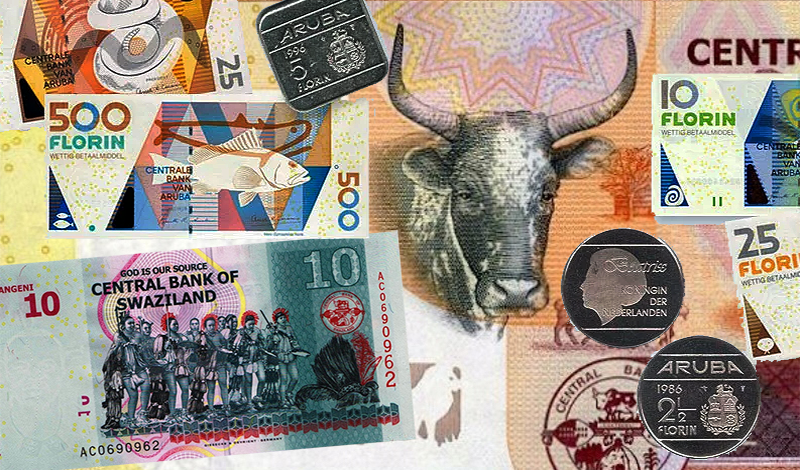 The Most Popular and Unpopular Currency Pairs

There are a lot of currency pairs in Forex. There are approximately 180 different currencies in the world today. Thus, the number of possible combinations is 16,110 currency pairs. The order of their display is always the same for any of the brokers, since it is approved and regulated by ISO (International Organization of Standardization). It is clear that in reality no broker will provide you with all 16,110 pairs to choose from, since it is very costly and technically difficult to maintain constant liquidity for them and provide current quotes (just imagine tens of thousands of screens with charts in your terminal). And no one needs it in the lonf run, primarily the traders. Only a few dozen pairs are popular among traders, and this popularity depends on a number of factors, which we will consider below.

Such pairs as, for example, SZL/AWG (Espatian lilangeni to Aruba florin) can be immediately excluded from consideration, since there are practically no transactions on them. If we refer to the TOP 20 currency pairs available in the MetaTrader-4 (MT4) trading terminal, the popularity rating for 2021 will look as follows (these figures are accurate to reflect the situation for the previous years as well):

The above figures are the average for the financial industry. And they do not mean that you should definitely trade such a super-popular pair as EUR/USD (although the spread is usually the smallest here). NordFX statistics show that traders who work with pairs that include the British pound and currencies of the Pacific region often achieve the best results (GBP/USD, GBP/AUD, GBP/JPY, AUD/JPY, AUD/NZD). This is most likely due to two factors: 1) the high volatility of pairs with the pound, which allows you to make serious profits in short periods of time, and 2) the territorial-temporal factor since such pairs as AUD/JPY or AUD/NZD are more often used by traders living in this part of the world.

Reasons for the Popularity of Pairs

We have just named two of them, they are the volatility and activity of trading in a particular pair, depending on the region. For example, such pairs as AUD/JPY and AUD/NZD are most actively traded during the Asian session, when Europe and the US are still sleeping. Trading on EUR/USD, EUR/GBP, EUR/CHF, GBP/USD, GBP/CHF and other pairs in this region become more active during the European session. And the most traded time comes at the moment of the intersection of the European and American sessions, when the first one has not yet closed, and the second has already opened (15:00 UTC), when trading volumes reach the highest levels. And here there are also transactions on such pairs as, for example, USD/CAD.

Before the appearance of the single European currency, EUR, the most traded pair was USD/DEM. This was due to the fact that the German mark was the second largest reserve currency in the world after the US dollar. And the second place passed to the euro after it ceased to exist.

It is logical that the highest liquidity is inherent in the currencies of countries with the most developed economies. These are the US and the EU currently: the largest number of trade transactions are made with the dollar and the euro, and they make up the lion's share of the foreign exchange reserves of almost all central banks on the planet.

Such high liquidity means that these currencies are easy to buy and sell, since both are needed by a huge number of central and commercial banks, funds, industrial and commercial corporations, and private investors. That is, sellers and buyers for the US dollar and euro are very easy to find, which allows you to make transactions at the lowest cost. (Now imagine how much effort and expense it will take to find at least someone in Eswatini and Aruba and persuade them to exchange their lilangeni and florins).

Thus, the most liquid pairs will have the most favorable trading conditions for traders: minimum spread, minimum swap (commission for transferring a transaction to the next day), transaction execution speed and quote accuracy. The latter factor allows avoiding gaps in quotes and has a positive effect on the accuracy of indicator readings and the work of expert advisors.

In addition, traders using fundamental analysis have no problem getting regular expert analytical reviews and forecasts for major currencies. But it is extremely difficult, if not impossible, to find those for exotic currencies, such as lilangeni. The same applies to the trading strategies described in various Forex trading textbooks and guides.

Which Pair to Choose for a Beginner

We have listed many of the main factors in the previous section that can contribute to successful trading. Many, but not all. It is also necessary to take into account the knowledge and experience of the trader, their psychological qualities (composure or excitement), the desire and ability to learn, the availability of time that they can allocate for trading. All this affects the choice of strategy and style of trading: pipsing, scalping, intraday, medium-term and long-term transactions. It is also necessary to consider the trader's propensity for technical or fundamental analysis.

So, which pair to choose? Experienced traders do not need advice here, they already know everything. As for beginners, if we analyze various educational materials and manuals, they are most often recommended to pay attention to major, the most liquid and popular pairs. It is these pairs that are least prone to surprises, allow you to test the chosen strategy on a deeper historical interval and, as already mentioned, have the most favorable trading conditions.

In any case, no matter what currency pair you choose, no matter what strategy you choose, we strongly advise you to work out your trading skills on a demo account, and only then move on to transactions with real money. Even if you only have lilangeni and florins in your pocket, this is still a real currency, which will be a great pity to lose in case of a mistake.