US Stock Indices: The Past and the Present


There is a saying in the world of finance: "America will sneeze, but the whole world will catch a cold." But what is the way to determine how serious the cause of this sneezing is - is it from a slight discomfort, or a serious illness?

This is what stock/exchange indices were invented for. The main ones that can be used to diagnose the health of the US economy are presented in the NordFX line of trading tools. These are  Dow Jones 30 (DJ30.c), S&P 500 (US500.c) and NASDAQ-100 (USTEC.c). Let's consider each of them.

Dow Jones: "Grandfather" of the US Economy

The Dow Jones Industrial Average was developed back in 1884 by Charles Dow, the founder of The Wall Street Journal and the creator of the Dow theory. The index initially had a limited range of users and included only 11 stocks (9 railway and 2 industrial). It was calculated as the arithmetic average of the value of the shares included in its basket. The Dow Jones became public only 12 years later, in May 1896.

The most famous of this large group is the Dow Jones Industrial Average index, otherwise the Dow Jones 30, which is represented among NordFX trading instruments. Its basket includes 30 shares of the largest companies. As for the full name, the “Industrial Average” is rather a tribute to history, since other sectors of the economy now coexist in the index next to the industrial one. At the moment, the percentage "pie" looks like this: technology companies - 26.28%, consumer goods - 25.81%, healthcare - 14.66%, industrial goods - 13.95%, financial sector - 13.26%, energy - 3.40%, telecommunications - 1.46%, raw materials industry - 1.09%, and the rest - 0.09%.

The Dow Jones 30 includes shares of companies such as Apple, Goldman Sachs Group, Boeing, Johnson & Johnson, Microsoft, Procter & Gamble, which are also available to NordFX clients. Combining trades on both these individual assets and stock indices in their strategies, traders can hedge risks and make larger profits.

One of the main differences between the Dow Jones 30 and many other indices is that there are practically no strict rules for companies to enter its basket. But if you look at its composition, you can see that it includes world-class companies whose names are well known to everyone. This index can be considered a ready-made investment portfolio consisting of "blue chips". And what about chips? This name comes from casinos, where tokens of exactly this color are traditionally the most valuable. In the financial world, this is the name given to the shares of the largest, liquid and reliable companies with stable profitability. This is what distinguishes the Dow Jones 30 from, for example, the S&P 500, an index that includes a much larger number of companies, many of which are still in a phase of active growth. 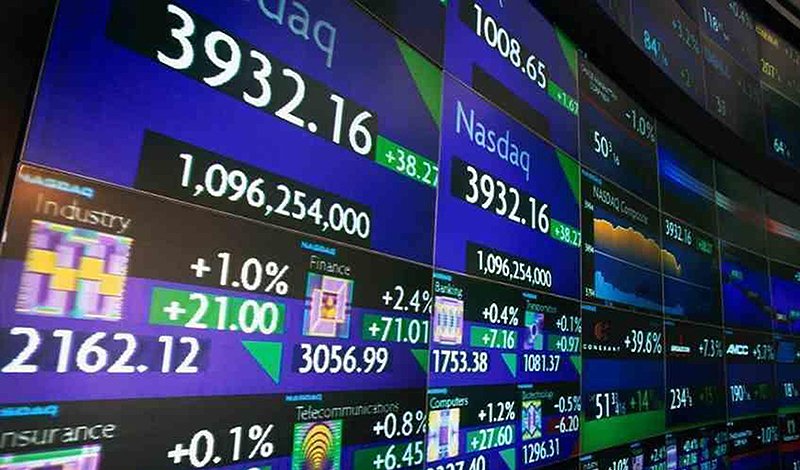 Next in the list of the most well-known and popular indices is the S&P 500. Its basket includes the top 500 US public companies traded on stock exchanges. On the one hand, this is very few: after all, shares of about 7-8 thousand various companies are traded on the country's stock exchanges. But on the other hand, when compared with the Dow Jones 30, this is a lot. Moreover, these 500 companies make up 80% of the capitalization of the entire US stock market. Thus, the dynamics of the S&P 500 reflects the state of almost the entire US economy.

The same “blue chips” like Microsoft, Apple, Amazon, Facebook, Coca-Cola, Visa, Mastercard and McDonalds can be found in the index portfolio. But, as already mentioned, there are many relatively new companies in it that do not have a deep investment history. The first 10 companies from the S&P 500 list account for 25% of its total weight, the TOP-15 - about 30%, while the share of companies from the last hundred is measured in hundredths and even thousandths of a percent - 0.05%, 0.03% or 0.01%. That is, the weight of Microsoft or Apple is comparable to the total weight of several dozen companies from the bottom of the list.

The index has been published since March 4, 1957. The list is owned and maintained by Standard & Poor's. (Standard & Poor's, along with Moody's and Fitch Ratings, is one of the "Big Three" of the most influential international rating agencies involved in analytical research of financial markets).

The third index, the NASDAQ-100, includes the 100 largest companies by capitalization, mostly from high-tech industries, from the United States and other countries whose shares are traded on the US Nasdaq Stock Exchange.

At the moment, the NASDAQ family has more than 10 different indices, the history of which began in 1985. Then two new indices were introduced: NASDAQ-100 and NASDAQ Financial-100. Industrial high-tech companies were included in the first index, financial companies were included in the second one. These indices were divided  in order to avoid the influence of the financial environment on the technology segment. This was possible, but only partially.

If you look at the charts, you can see the correlation of the NASDAQ-100 with both the Dow Jones 30 and the S&P 500. This is understandable, since its basket includes such “whales” of the stock market as Facebook, PayPal, Google, Yahoo, eBay, Amazon, Pepsi and many other world-famous companies.

Summing up, it should be noted that the shares of companies, no matter how large these companies are, are traditionally classified as risky assets, unlike, for example, US government bonds or gold used to store capital, especially during periods of financial crises. . And in this context, we cannot but mention blockchain and digital assets, which in recent years have become an integral part of the high-tech sector. That is why, especially in late 2021 and early 2022, there was a strong correlation between the quotes of the leading cryptocurrencies, bitcoin, ethereum, etc., with the Nasdaq 100 and S&P 500 indices. Thus, monitoring these indices allows you to improve the quality of forecasting and predict the moment when the main trends in the crypto market change, more accurately. Although, it also happens vice versa: there have been cases when the reaction of digital assets was ahead of the reaction of other risky assets.