Oil is a mineral used to produce fuel. And it is also used as a raw material for household chemicals, cosmetics, clothes, children's toys and many other products are made from it. But not only. Oil is also a popular commodity that is traded all over the world, wholesale and retail. But this is not all either. Among other things, oil is a financial CFD instrument that allows you to earn on fluctuations in its price but does not require you to have it in stock. You don't need oil platforms and wells, oil pipelines and tankers, barrel-packed warehouses. All you need is a computer or a smartphone connected to the Internet and a trading account with the NordFX brokerage company.

The History of "Black Gold"

Oil is often referred to as "black gold". It has been known to mankind since ancient times. And over the past millennia, people have found use of it in almost all spheres of life. Historians say that 6,000 years ago, peoples who lived in what is now Iraq used it as waterproofing, protecting the walls and roofs of houses from moisture. In ancient Egypt, oil was used to mummify human remains, and it was also used to light and seal ship hulls. In China, 2,500 years ago, oil was extracted by making deep wells using bamboo boreholes with steel drills. And the Seneca Indians in America collected black substance from the surface of water bodies using ordinary blankets, and then used it for medical purposes.

The modern oil industry began in 1853 by the Polish pharmacist Ignacy Lukasiewicz. In one of the pharmacies in Lviv (now Ukraine), he conducted laboratory experiments on the distillation of crude oil and was able to obtain kerosene from it. After that, he converted an oil lamp to run on a new type of fuel, and the world's first “kerosene” lit up the pharmacy.

Pharmacist Lukasiewicz turned out to be not only a successful experimenter, but also an excellent businessman. Less than a year later, he organized the production of kerosene in one of the oil-bearing regions of Poland, laid the first well in history, and founded the first oil refinery in the world in 1856. After some time, Lukasiewicz already owned dozens of wells, distilleries and asphalt plants. In 1877, the first Petroleum Congress opened in Lviv under his chairmanship.

America did not lag behind Europe either. On August 27, 1859, Colonel Edwin Drake drilled the first oil well in Pennsylvania, 21.2 meters deep, obtaining the first oil fountain in the United States. One can dispute the priority of Edwin Drake in the development of oil wells. But it was his technology that became the basis for the development of other deposits. That is why this day is considered the date of the beginning of the human oil era. 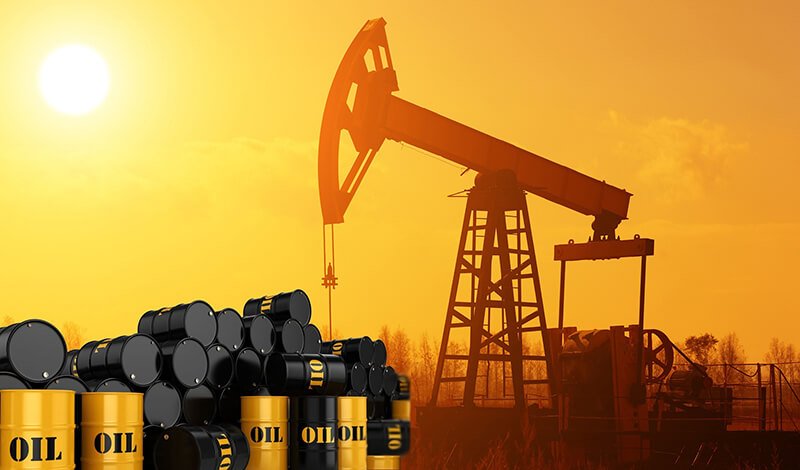 Where Oil Comes From

People have been using oil for thousands of years, but there is still no consensus on its origin. Some scientists believe that it appeared in the sedimentary rocks of the earth's crust as a result of the transformation of the remains of animals and plants that had inhabited ancient oceans. And such a process could have taken more than 60 million years.

According to another theory, oil could have been formed in the planet's mantle at the stage of its "hot development" during the synthesis of hydrogen and carbon under the influence of high pressure and temperature. This hypothesis is confirmed by spectrographic studies of Jupiter's atmosphere and meteorites.

The most interesting is the opinion of ancient scientists who believed that oil is the waste of whales penetrating through the ocean into the bowels of the Earth.

What Is an Oil Barrel

At the dawn of the oil industry, the extracted "black gold" was transported in all kinds of containers, such as wineskins or in any available barrels, for example, beer barrels. This created difficulties in calculating the extracted volumes and introduced confusion in trade transactions. As a result, there was an understanding of the need for unification.

A group of American independent oilmen met in Pennsylvania in August 1866. As a result, a volume of 42 gallons (158.988 liters) was agreed as a standard oil barrel.

Why is it 42, but not, say, round 50 or 100? History shows that by 1700, Pennsylvania used a barrel of exactly this size to transport wine, oil, fish, soap, whale oil and other products. In addition, one loader was able to handle barrels of this volume filled with oil. He could not handle the heavier ones, and the lighter ones increased the cost of making containers. An additional argument in favor of the 42-gallon was that 20 of these barrels could be ideally placed on the railway platforms and barges used in those years.

In 1872, the American Petroleum Producers Association officially adopted the 42-gallon barrel as the standard unit of measure. After that, it was adopted as the world standard, which is still used today. (Although, in some countries, for example in Russia, they prefer to measure oil in tons). The price per barrel is set in US dollars and it is this price that is reflected in the quotes of the MetaTrader (MT4) trading terminal of the brokerage company NordFX.

What is WTI and Brent

Several dozen grades of crude oil are currently produced in the world, but stock quotes are set for only three so-called marker grades. Among them are West Texas Crude Oil (WTI_OIL) and Crude Oil Brent Cash (Ukoil.c), which NordFX offers its clients CFD trading. It is these two grades that are the most popular and are used as benchmarks for the oil industry as a whole.

The grade in this case is the characteristics of oil produced in different fields, which differ in quality, composition, uniformity and the presence of impurities. WTI crude takes into account oil produced in West Texas and other US states and serves as a benchmark for oil production in North America. Brent crude is produced in the North Sea and serves as a reference for most of the oil produced in Europe, Africa and parts of the Middle East. Prices for approximately 70% of the exported grades of oil are directly or indirectly set on the basis of Brent quotations.

Oil As a Trading Instrument

Naturally, in this section we will not talk about physical oil trading, but about online CFD trading. And in this case, oil is a great tool. This is due, on the one hand, to the high volatility of its price, and on the other hand, to long-term stable trends that are clearly visible on the charts of higher timeframes: D1, W and MN.

As for volatility, oil quotes can simply make cosmic ups and downs during a crisis. For example, against the backdrop of the coronavirus pandemic, oil prices fell down at the very beginning of 2020. And we witnessed an unprecedented phenomenon on April 20 of that year: the May futures price for WTI_OIL fell to... minus (!) $37. The market was flooded with crude oil, and the oil companies reputedly lacked the space to store it. Media reports that sellers of oil are now paying extra for it to buyers spread around the world. But then the trend reversed and the price of a barrel of WTI_OIL rose to $97 over the next two years. And it soared even higher after Russia's military invasion of Ukraine, up to $131. Now imagine how much you can earn from such a trend movement. Probably, it is only cryptocurrencies that can give a similar profit. Moreover, we recall that CFD trading allows you to earn not only on growth, but also on a fall in the price of an asset. And if you use the leverage that NordFX provides to its customers, you can increase profits several times more.

It goes without saying that a trader can use the technical analysis tools built into the MT4 trading terminal, all kinds of indicators for trading oil, like any other asset, and also entrust the execution of transactions to expert advisers. At the same time, fundamental analysis can be very helpful in “catching” the main trends. It is worth highlighting such factors as:

- political crises, as well as wars and conflicts, especially in the main regions of oil production and consumption;

­- natural disasters that can reduce production or interrupt supply chains;

- economic cycles. It is clear that the growth of industrial production increases the demand for oil and other energy products, and it decreases in times of recession.

These and other factors shape the balance of supply and demand, and, as a result, the cost of oil at one time or another. That is why, when trading such assets, we strongly recommend that traders, especially fans of technical analysis, not limit themselves to it, but pay attention to world news and macro statistics. This will help you form a more effective trading strategy, avoid unpleasant surprises, and, as a result, get higher profits.